The vineyard surrounds a historic Victorian home that was built in the late 1850’s by the Ross family who grew grapes, apples, and peaches on the property before it became a bustling stagecoach station from 1904 to 1984. Later restored by Paul Hobbs, the farmhouse overlooks chardonnay vines rooted in the coastal influenced Green Valley sub-appellation of the Russian River Valley that is frequently blanketed by morning and evening fog providing moderating diurnal temperatures that bring an average daytime low of 44°F and high of 75°F. 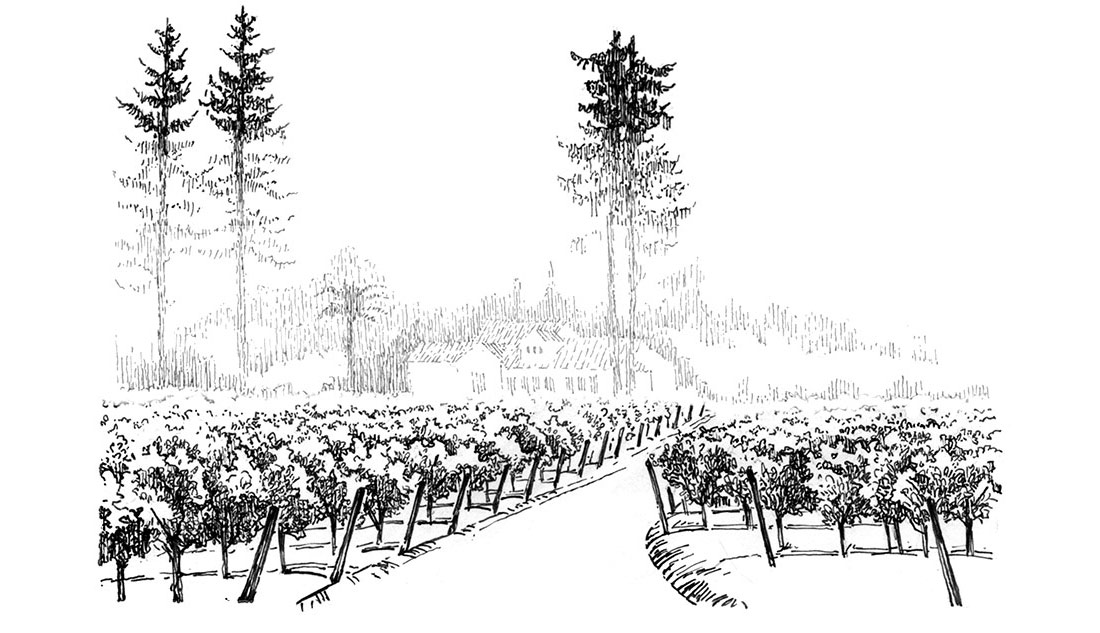 Fog hovers over the vineyard in the early morning and evening.

7.5 planted acres with southern exposure and slopes up to 15 percent